Learn about Ashley’s daughters’ deliveries including one with an epidural for pain management and the other naturally.

Ashley Gutridge delivered both of her daughters at The Family Care Birthing Center.

Tell us about your first birth at The Family Care Birthing Center.

Ashley initially wanted to give birth naturally, with as little medication as possible. Her daughter was almost two weeks late, and her water broke on Christmas morning. Due to the birth not progressing fast enough, she was given Pitocin, which increased her pain. That night, Ashley received an epidural that allowed her to relax, and the next day she delivered her daughter. She thinks there are obvious benefits to getting an epidural such as less pain, but she also felt like she could pay attention to the delivery more because she wasn’t in so much pain.

Tell us about your natural, non-medicated second birth.

Ashley’s second daughter was born on her due date. She came to The Family Care Birthing Center, and everything was progressing normally. Ashley was able to deliver without medication like she wanted, and she felt lucky she was able to experience birth naturally. She said although it hurt, it wasn’t as bad as she thought it would be. She felt like she wasn’t as groggy and was much more emotional for the birth of her second daughter, which allowed her to be able to connect right away with her baby when she was first born.

What would you tell friends about The Family Care Birthing Center?

Ashley said she, as well as her friends, have had amazing experiences at The Family Care Birthing Center. She thinks it is awesome that The Center is willing to work with mothers to deliver the way they want. Ashley said the best thing about Memorial is how they focus on the baby being with the mother. Right after she delivered both times, her daughters were given to her immediately. She also likes that it is encouraged to have family come visit. 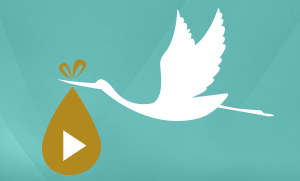 Patients, providers, and staff talk about what makes us special. 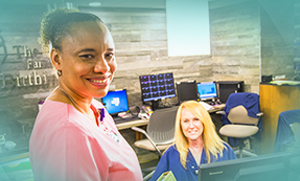 Take a closer look at what we have to offer.
Search The Memorial Network
COVID-19 Information

Vaccination remains the strongest defense against COVID-19. Even as numbers in our community drop, it's important to remain vigilant. For more information about where you can schedule a vaccine, be tested for COVID-19 or learn more about the virus, visit https://www.bjc.org/coronavirus